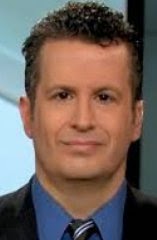 “It was only a few weeks ago that America was lecturing the gay community about its intolerance for intolerance, for objecting to a bigot (in fact, an anti-gay activist, Brendan Eich) running a major American corporation (in this case, the Mozilla Foundation). Republicans, including gay conservatives, were particularly upset that anyone would judge a man’s job performance, especially the man running a company, by his personal animus towards minorities, many of whom would be his own employees. So long as he didn’t discriminate against his own employees, he was free to be a bigot, they told us. Now, they’re all eating crow. Today, even conservatives are saying (on CNN) that the NBA simply must investigate whether the owner of the Los Angeles Clippers basketball team, Donald Sterling, made racist remarks to his girlfriend, who is black and Mexican. Apparently, Donald Sterling made the mistake of buying a basketball team rather than taking over a high-tech company.” – John Aravosis, writing for AmericaBlog.