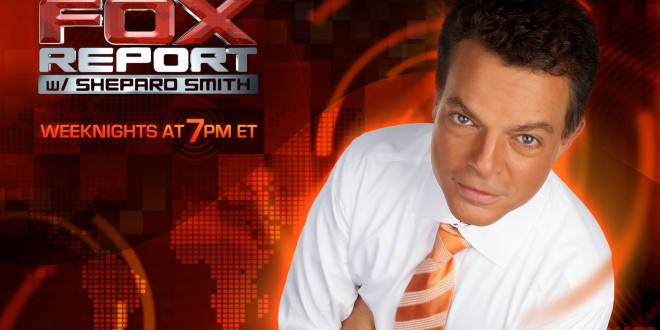 An interesting claim from Gawker:

In the summer of 2013, according to multiple sources with knowledge of their exchange, Shepard Smith approached Fox News president Roger Ailes about publicly coming out. The newly attached anchor was eager, at the time, to finally acknowledge his sexuality. “It’s time,” he told Ailes and other colleagues. “It’s time.” Instead, Ailes informed Smith that the network’s famously conservative audience would not tolerate a gay news anchor. Ailes’ answer was definitive: Smith could not say he’s gay.

“This came up during contract negotiations,” a Fox insider told Gawker. “Shep wanted to and was ready to come out, and Roger just said no.” Smith, one of Ailes’s first and most loyal disciples, acquiesced to his boss’s demand, and dropped the matter. But the discussion worried enough Fox executives to prompt Smith’s removal, in September 2013, from the channel’s coveted prime-time lineup. According to a Fox insider with direct knowledge of negotiations, Smith’s desire to come out was a large factor in the dramatic move.

According to Gawker, Fox executives first went on “high alert” after Smith brought his boyfriend to a company picnic. It was shortly after that when Smith reportedly approached Ailes.

Smith and Ailes have issued a joint statement in reaction to Gawker‘s story: “This story is 100% false and a complete fabrication. As colleagues and close friends at Fox News for 18 years, our relationship has always been rooted in a mutual respect, deep admiration, loyalty, trust, and full support both professionally and personally.”

“Over the past 18 years, we’ve had the privilege of working with Shepard Smith throughout his incredible rise from a field reporter to chief news anchor and his recent promotion to managing editor. Throughout his entire tenure here, Roger Ailes and I have fully supported him in both a professional and personal capacity. We have never asked Shep to discuss or not discuss his private life, and the notion of us having an issue with anyone’s sexuality is not only insulting, but pure fiction. We renewed his contract in June 2013 based on this full support as well as his exemplary journalism. He’s the gold standard of this profession and we’re extremely proud to call him the face of our news division.”

We’ve long known that Shepard Smith is gay and Fox management has now issued a de facto acknowledgment that they’ve always known too. Yet Shepard Smith has still not publicly come out. It’s all so bizarre.