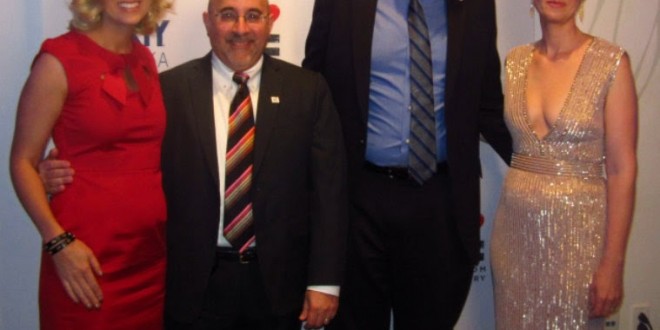 Last night I attended the tenth anniversary celebration of Freedom To Marry. The evening included a performance by Tony winner Laura Benanti and a gorgeous short film based on a new poem by Richard Blanco, who read his work at Obama’s 2012 inauguration. (The film will debut at Cannes next month.) Pictured above: CNN commentator Margaret Hoover,  Freedom To Marry founder Evan Wolfson, Freedom To Marry national campaign director Marc Solomon, and the evening’s emcee, Cynthia Nixon. AFER’s Matt Baume was in attendance and he provides us with the below photo of Wolfson and Ken Mehlman, who was one of the evening’s top sponsors.

Previous Donald Sterling Is A Republican
Next Kentucky Print Stop: We Still Hate Gays, But We’ve Taken Down That Sticker