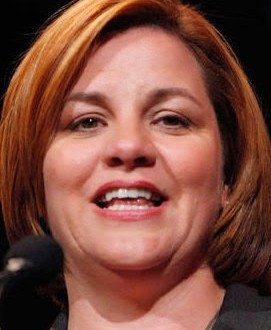 About this time last year Christine Quinn had a comfortable lead in the polls and many thought that she was a lock to become New York City’s first openly gay mayor. Late in the summer of 2013 she fell to third place not long after the Anyone But Quinn campaign began running attack ads that accused her, among other things, of allowing the closure of a major West Village hospital. The FBI is now investigating the group behind Anyone But Quinn over donations made to them by a union with ties with now-Mayor Bill De Blasio. The investigation is centering on the continuing battle to ban the city’s horse-drawn carriage trade, which Quinn opposed. Via the New York Daily News:

De Blasio came out against the Central Park industry after receiving campaign donations from the anti-carriage group, New Yorkers for Clean, Livable & Safe Streets.  NYCLASS supporters spent hundreds of thousands of dollars attacking Quinn shortly after de Blasio publicly embraced their cause. The “Anyone but Quinn” campaign blasted the Democratic mayoral contender who entered the race as the favorite to succeed former Mayor Michael Bloomberg. Agents have zeroed in on $225,000 donated to NYCLASS by a union run by de Blasio’s cousin, John Wilhelm, and a key de Blasio fund-raiser, lawyer Jay Eisenhoffer, several sources familiar with the matter told The News. A spokesman for Quinn declined to comment Saturday, as did J. Peter Donald of the FBI’s New York office.  De Blasio, asked Saturday about the investigation, denied that the feds were looking at him.

RELATED: The Daily News opposes any ban on the carriage trade and has rallied its readers with a petition to De Blasio, who had vowed to eliminate the 156 year-old industry in his first week in office. De Blasio has suggested replacing the carriages with electric replicas of antique cars.