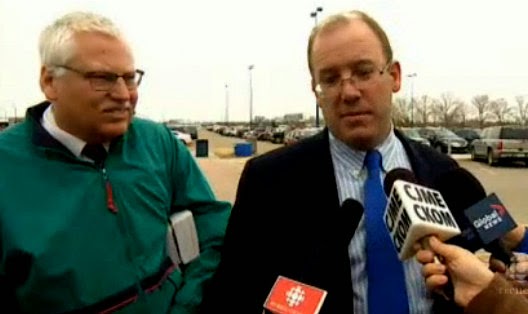 As I reported yesterday, hate group crackpot Peter LaBarbera was briefly denied entry into Canada on Thursday night, but was later allowed to stay in the country after he appealed to border authorities.  Canadian TV reports that LaBarbera exulted in the decision by waving his passport and calling local critics “homo-Marxists.” CBC News Saskatchewan reports:

Click on the box below to start the video.