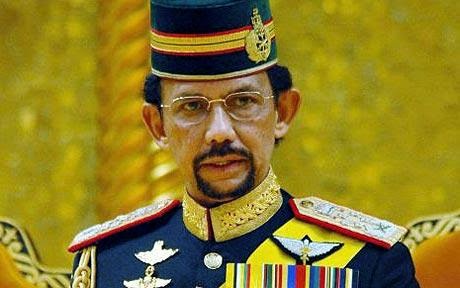 The first stage of Brunei’s brutal set of Sharia laws goes into effect tomorrow. The third and final stage, which calls for death by stoning for committing homosexual acts, goes into effect in 2015.

The move – delayed from last week – came from the Sultan. “Today… I place my faith in and am grateful to Allah the almighty to announce that tomorrow, Thursday 1 May 2014, will see the enforcement of Sharia law phase one, to be followed by the other phases,” AFP news agency quoted him as saying. The penal code will be introduced over three years, with offences in the first phase covered by fines and prison sentences, the Brunei Times reported. Amputations come under the second phase, and stoning, for crimes including adultery and homosexual acts, under the third phase. When he announced it last year the Sultan, 67, one of the world’s wealthiest men, called the code “a part of the great history of our nation”.

“LGBT citizens in many countries around the world remain persistent targets of harassment, arrest, violence, and torture for simply being who they are,” said Ty Cobb, director of Global Engagement at the Human Rights Campaign. “The decision by the government of Brunei to soon become the 8th nation to allow the death penalty against LGBT people is horrific and sickening.”

The sultan of Brunei, who assumed the throne 47 years ago, is worth an estimated $20B and lives in an 1800-room palace. With a population of only 400K, Brunei has the sixth-highest standard of living in the world due to its immense oil reserves.

RELATED: A boycott of the sultan’s luxury hotels around the world is underway.