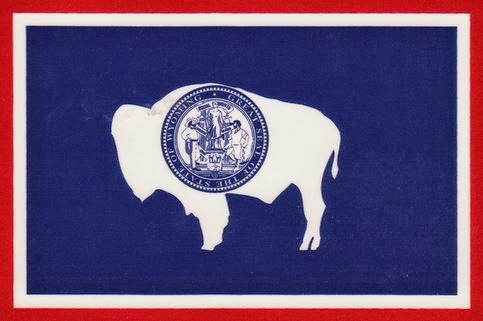 Via press release from the NCLR:

On March 5, 2014, four same-sex couples and Wyoming Equality filed a lawsuit in state court in Cheyenne challenging Wyoming’s laws that prohibit same-sex couples from marrying and refuse to respect the legal marriages of same-sex couples who married in other states. The couples include a university professor, a Major in the Army Reserve, a sheepherder, and an attorney. Many of the Plaintiffs were born and raised in Wyoming. The lawsuit challenges Wyoming’s statute barring same-sex couples from marrying and the state’s refusal to recognize the marriages of same-sex couples who married in other states, arguing that they violate the Wyoming Constitution’s guarantees of equal protection and due process. The couples are Cora Courage and Wyoma “Nonie” Proffit of Evanston, Carl Oleson and Rob Johnston of Casper, Anne Guzzo and Bonnie Robinson of Laramie, and Ivan Williams and Chuck Killion of Cheyenne. Wyoming Equality is the state’s largest civil rights organization dedicated to securing full equality for Wyoming’s lesbian, gay, bisexual, and transgender community. Its members include same-sex couples throughout the state.