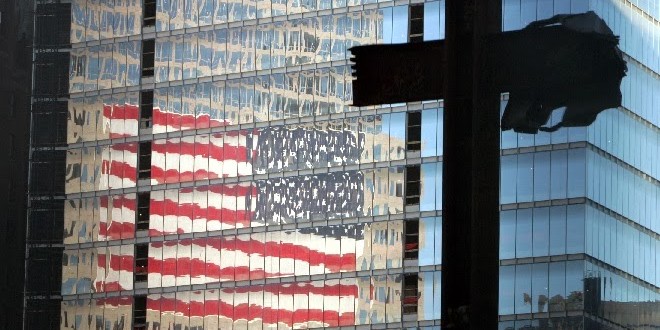 Oral arguments begin Thursday in the American Atheists lawsuit to have the so-called WTC Cross removed from government property in downtown Manhattan. Via the Christian Post:

Two days after the Sept. 11, 2001, terrorist attacks, construction workers found a cross beam among the wreckage of the Twin Towers. Measuring 17 feet tall and approximately 4,000 pounds, the piece of debris became known as the World Trade Center cross, and for many, became a symbol of hope amid despair. When the World Trade Center Memorial Foundation completed its national 9/11 Memorial and Museum in 2011, the WTC cross was included among the items displayed. In July 2011, American Atheists filed suit against the museum for having the WTC cross and for reportedly lacking other secular and religious images of a non-Christian nature. The suit was filed before the New York Supreme Court, County of New York, and named among its defendants the Port Authority of New York and New Jersey, the 9/11 Museum, and New Jersey Governor Chris Christie. “The installation of the cross at the 9/11 Memorial and Museum is facially violative of the First Amendment to the Constitution of the United States of America,” reads the suit in part.

A lower court ruled against American Atheists last March, saying that the cross has “historical significance” that outweighs concerns about the separation of church and state.