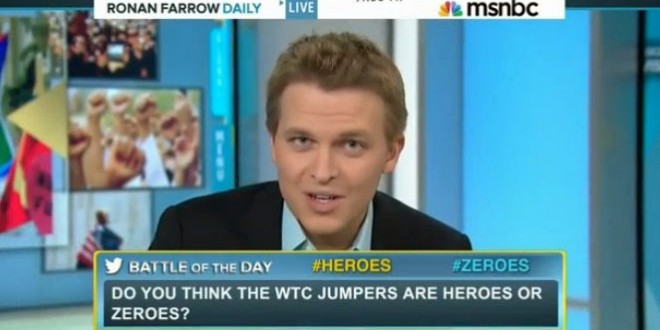 MSNBC’s graphics editor was, of course, referring to the four BASE jumpers who parachuted from the top of 1 World Trade Center, the news of which has added to already huge scandal regarding lapses in the tower’s security.  But what an unfortunate choice of words. Teabagger sites are exploding with outraged posts that are also laden with plenty of glee as MSNBC has long been their favorite cable target.