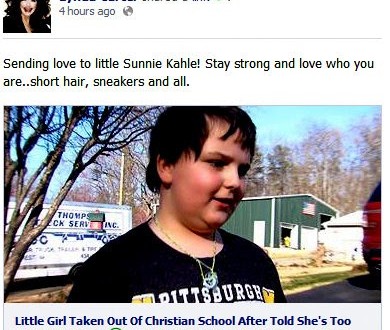 Last night LGBT ally Lynda Carter posted the above message on her Facebook page. Her fans are applauding and one responded, “Lynda Carter just became more of a hero to me for this post. This was me in the late 70’s early 80’s.” (Via the Randy Report)