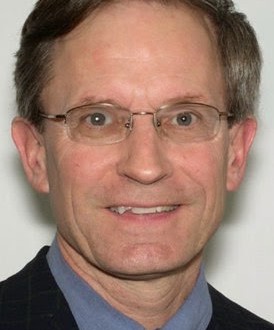 Attorneys representing Norfolk County Clerk George Schaefer yesterday filed an appeal of the decision that overturned Virginia’s ban on same-sex marriage. The filing claims, among other things, that the legalization of gay marriage will lead to brothers getting married for the tax and insurance benefits. Just like brothers and sisters have done since marriage was invented by God.

“Same-sex marriage proponents want to open the door of marriage for their benefit and then slam it shut behind them. But, it will not be long before other groups come knocking,” Schaefer’s attorneys, David Oakley and Jeffrey Brooke of Chesapeake, wrote. “For example, if the definition of marriage is no longer based on procreation or the ability to procreate naturally, then what is the purpose in prohibiting marriage between persons of close kinship? Would it then be unconstitutional for two brothers who are confirmed bachelors and live together to marry so that they could reown property as tenants by the entireties, file joint tax returns, qualify for health benefits, and obtain better insurance rates?”

Schaefer is the original defendant in Bostic v. Rainey, which was first brought by AFER’s Ted Olson and David Boies. Earlier this month Lambda Legal and the ACLU were granted permission to join the appeal now before the Fourth Circuit Court.

Prince William County Clerk Michele McQuigg has joined Schaefer in defending the ban and is being represented by the virulently anti-gay Alliance Defending Freedom, who yesterday also filed a brief which claims that gay marriage will lead to fewer babies being born.

Redefining marriage in Virginia conveys the message that “the Commonwealth is indifferent to whether children are raised by both their mother and father,” McQuigg’s attorneys wrote. “As the law and the Commonwealth convey these messages, it is likely that, over time, fewer man-woman couples having or raising children will marry, that marriages will become less durable, and that fewer children will be raised in stable homes headed by their married mother and father. “Some people, for example, might determine that their relationship will be enhanced by sexual openness, that their emotional attachment runs between and among a few partners at the same time, or that their marriage is no longer fulfilling because attraction has waned.”

In January, Virginia Attorney General Mark Herring declared that he would not defend against AFER’s suit. A three-judge panel from the Fourth Circuit Court will hear oral arguments on May 13th.

Previous Tweet Of The Day – God
Next Newsweek Owner: Gayness Can Be Cured