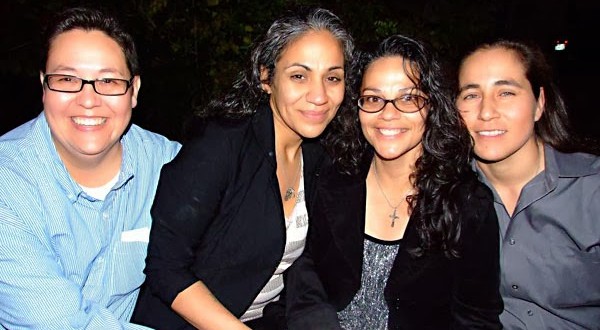 You might recall that last fall I reported that three Texas lesbians has been freed after 15 years of imprisonment on child molestation charges that have now been debunked. From the article I excerpted:

Cheers erupted in a San Antonio court when a lawyer for the women told a packed gallery that a deal had been reached to allow the release of Kristie Mayhugh, Elizabeth Ramirez and Cassandra Rivera. A fourth woman convicted is already out on parole. Under the deal, the women will be released on bail pending an appeal. Bexar County District Attorney Susan Reed said prosecutors would not pursue a conviction, adding that expert medical testimony from the 1997 trial would not stand up to scrutiny now. “It was a complete injustice to us,” said Anna Vasquez, the woman on parole. “At this point in my life, I am past angry. I’ve just learned to deal with it and move forward.”The group, known as the “San Antonio Four,” was convicted of sexually assaulting Ramirez’s 7- and 9-year-old nieces and sentenced to prison terms ranging from 15 to 37 years. They have denied guilt, and supporters have slammed testimony presented by the state medical witness at trial, pediatrician Nancy Kellogg. She testified about what she said were physical injuries inflicted on the girls as part of satanic rituals that she said were prevalent among some lesbians.

Below is an advance trailer from the documentary being made about the women’s ordeal. Learn more about advance screenings here.