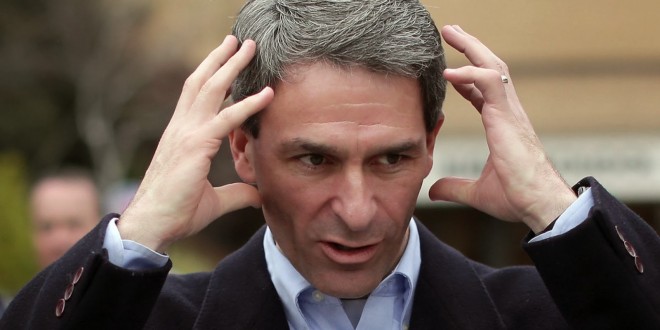 VIRGINIA: The Cooch Is Selling Legal Insurance In Case You Shoot Somebody

Former Virginia Attorney General and failed gubernatorial candidate Ken Cuccinelli is selling retainers for his legal services just in case you happen to shoot somebody.

“A legal retainer with Virginia Self Defense Law costs as little as $8.33 a month — less than half the cost of a hunting license,” the firm’s Web site says. “Don’t be a victim! Don’t let these realities become your family’s fiscal nightmare!” For that price, the firm promises to defend clients facing firearms charges stemming from an act of self defense and those who have been “harassed by law enforcement for lawfully carrying their weapon.” The firm’s Web site links to news stories about cases in which gun owners were charged with crimes, under headlines such as “Man arrested in front of his son for ‘rudely displaying weapon’ ” and “Burglar’s family awarded $300,000 in wrongful death suit.” One of the stories featured is about the legal bills racked up by George Zimmerman, the Florida man acquitted in July in the shooting death of an unarmed teenager.

Pricing varies if you are an NRA member or a police officer.