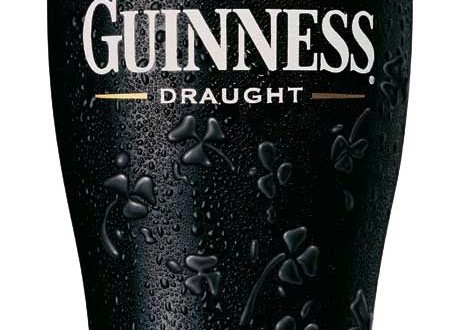 The historic Stonewall Inn, the birthplace of the modern LGBT equality movement, will drop Guinness beer from its shelves beginning Monday, March 17 following the beer company’s decision to stand by its sponsorship of the New York City St. Patrick’s Day Parade. The Parade, which is the oldest and largest St. Patrick’s Day celebration in the country, prohibits LGBT families and organizations from participating. “The ban on gay and lesbian people marching openly forces me, as a proud Irish New Yorker, to look my five year-old twins in the eye and tell them that the parade organizers don’t think our family is good enough to join in the celebration,” said GLAAD President and CEO Sarah Kate Ellis. “By supporting the New York City St. Patrick’s Day Parade, Guinness is telling its LGBT customers and employees that it supports the parade’s discriminatory ban,” Ellis continued. “It’s time for Guinness, other sponsors and Irish New Yorkers to speak out in favor of an inclusive parade that welcomes the Irish spirit of love and family.”

Yesterday Heineken dropped its sponsorship of the parade.

Heineken has pulled its sponsorship of the New York City St. Patrick’s Day Parade, which prohibits LGBT families and organizations from marching. A company official at Heineken has confirmed to GLAAD that the company will no longer be a sponsor of Monday’s parade, saying “we are passionate about equality for all people.” However, according to a tweet from CNBC, Ford Motor Company has announced that it will continue to sponsor the parade, despite the ban on LGBT families marching openly.

Here’s the statement from Ford:

Ford Motor Company is involved in a wide range of events and organizations in communities across the country and around the world, including long-standing participation in this parade. No one person, group or event reflects Ford’s views on every issue. What we can tell you is that Ford is proud of its inclusive policies. Every member of the Ford team is valued, and we provide employee benefits regardless of race, gender or sexual orientation.

RELATED: On Friday, Sam Adams pulled out of the Boston parade.

UPDATE: Guinness has pulled out.

Guinness today announced that the beer company would drop its sponsorship of the New York City St. Patrick’s Day Parade due to the parade’s discriminatory rule that prohibits LGBT families and organizations from participating. In a statement released today, Guinness said: “Guinness has a strong history of supporting diversity and being an advocate for equality for all. We were hopeful that the policy of exclusion would be reversed for this year’s parade. As this has not come to pass, Guinness has withdrawn its participation. We will continue to work with community leaders to ensure that future parades have an inclusionary policy.”