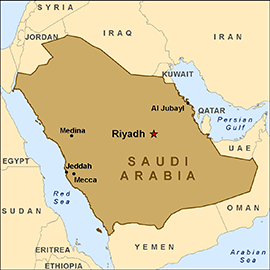 Saudi Arabia’s interior ministry has banned 50 given names including “foreign” names, names related to royalty and those it considers to be blasphemous. Saudis will no longer be able to give their children names such as Amir (prince), Linda or Abdul Nabi (Slave of the Prophet) after the civil affairs department at the ministry issued the list, according to Saudi news sites. It justified the ban by saying that the names either contradicted the culture or religion of the kingdom, or were foreign, or “inappropriate”.