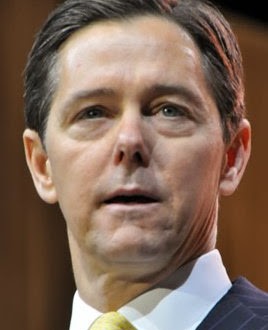 Former Christian Coalition head Ralph Reed says that the Federal Marriage Amendment, which is still being flogged by the likes of NOM, is effectively dead. Michelangelo Signorile interviewed Reed at CPAC this weekend:

Reed, who in his speech at CPAC attacked “left-wing bullies” whom he said forced Gov. Jan Brewer to veto an anti-gay bill in Arizona and railed against the Obama administration for fomenting a “war on religion,” said in an interview with me on SiriusXM Progress that he doesn’t “know of anyone [among possible GOP contenders] who plans to run for president in 2016” who supports gay marriage. However, agreeing that no potential GOP 2016 candidate has yet to come out in favor of a federal marriage amendment, Reed conceded that it would be “trying to put the genie back in the bottle.” “Even if you passed a federal marriage amendment,” he said, “I would assume it would grandfather in anyone who’s been married, so I don’t know. It was always a very difficult option. I don’t think we ever got 50 votes in the U.S. Senate for that amendment. So, we always knew that the amendment was going to be very difficult to pass.”