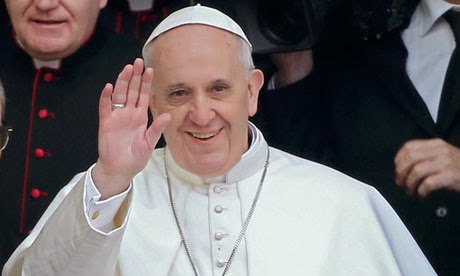 In an interview published in Italy today, Pope Francis said that the Catholic Church could consider supporting some forms of civil unions, but not same-sex marriage.

The Pope reiterated the church’s longstanding teaching that “marriage is between a man and a woman.” However, he said, “We have to look at different cases and evaluate them in their variety.” For instance, civil unions provide financial security to cohabitating couples, “as for instance in medical care,” the Pope said in a wide-ranging interview published Wednesday in Corriere della Sera, an Italian daily. A number of Catholic bishops have supported civil unions for same-sex couples, including Pope Francis when he was Archbishop of Buenos Aires in 2010, according to reports in National Catholic Reporter and The New York Times. This is the first time a Pope has “indicated even tentative acceptance of civil unions,” according to Catholic News Service.