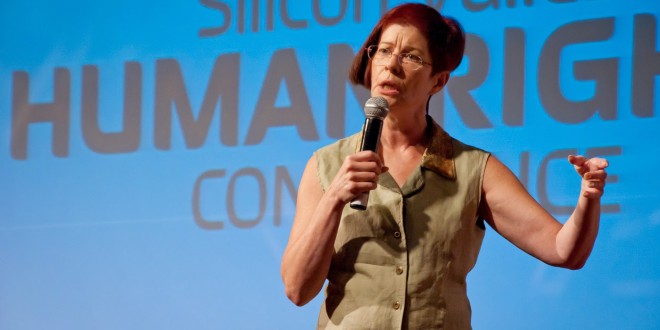 Mozilla Chair Mitchell Baker: Our Corporate Identity Is Based On Equality For All

On Monday, internet giant Mozilla named Brendan Eich as its new CEO, drawing howls of protest and boycott threats due to Eich’s 2008 donation of $1000 to backers of Proposition 8. Some have demanded that Eich be fired or demoted. Yesterday Eich’s boss, Mozilla chairwoman Mitchell Baker,  responded to the furor on her blog.

Mozilla’s commitment to inclusiveness for our LGBT community, and for all underrepresented groups, will not change. Acting for or on behalf of Mozilla, it is unacceptable to limit opportunity for *anyone* based on the nature of sexual orientation and/or gender identity. This is not only a commitment, it is our identity. This commitment is a key requirement for all leadership within Mozilla, including for the CEO, and Brendan shares this commitment as the new Chief Executive Officer. [snip]

The CEO role is obviously a key role, with a large amount of authority. The CEO must have a commitment to the inclusive nature of Mozilla. This includes of course a commitment to the Community Participation Guidelines, inclusive HR practices and the spirit that underlies them. Brendan has made this commitment.Finally, I’ve been asked a few times about my own personal views, and so I’ll add a short comment.

In 2005 TIME Magazine named Baker one of the 100 most influential women in the world.