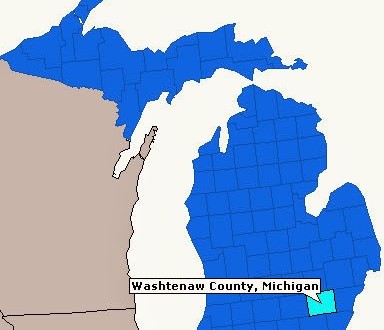 Michigan’s Washtenaw County clerk’s office will open tomorrow morning to issue no-waiting-period marriages licenses. And the licenses will be FREE.

The Washtenaw County Clerk’s Office will issue 60 gay marriage licenses on Saturday, one day after a U.S. District Judge Bernard Friedman today struck down Michigan’s ban on same-sex marriage, Clerk Lawrence Kestenbaum confirmed today. “As far as we’re concerned, we’re abiding by the federal court appellates,” Kestenbaum said. “We’re not typically open, but basically the Board of Commissioners strongly urged me to be open tomorrow.” “I wasn’t expecting the ruling would go into effect immediately and I know there’s going to be attempts to get a stay, but I’m assuming there won’t be one by tomorrow,” Kestenbaum said. “If there is, then I’ll stop.” Kestenbaum will waive the three-day waiting period and the fee. The license costs $20.

UPDATE: At least one of the license applicants must be a Washtenaw County resident.