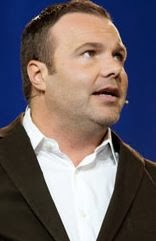 Via the Christian site World Magazine:

Seattle’s Mars Hill Church paid a California-based marketing company at least $210,000 in 2011 and 2012 to ensure that Real Marriage, a book written by Mark Driscoll, the church’s founding pastor, and his wife Grace, made the New York Times best-seller list. According to a document obtained by WORLD, ResultSource Inc. (RSI) contracted with Mars Hill “to conduct a bestseller campaign for your book, Real Marriage on the week of January 2, 2012. The bestseller campaign is intended to place Real Marriage on The New York Times bestseller list for the Advice How-To list.” The marketing company also promised to help place Real Marriage on the Wall Street Journal Business, USA Today Money, BN.com (Barnes & Noble), and Amazon.com best-seller lists.

More from Warren Throckmorton, who has the contract:

Note that RSI uses “over a thousand different payment types” to evade detection. Somehow RSI knows that the NYT bestseller list “requires a minimum of 90 geographically disperse (sic) addresses.” Apparently, the publisher must be on board with this arrangement as well since the contract requires the publisher to supply the proper number of books. I have asked Harper Collins Christian for comment but they have not replied as yet. The names and addresses are apparently very important in making sure that these purchases escape detection by those who compile the best seller lists.

Mars Hill defends its cheating this way: “We want to tell lots of people about Jesus by every means available.”