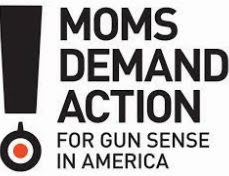 Facebook will block minors from viewing pages that offer guns for sale and will take down any page that offers to sell weapons without a background check or across state lines.

The change is a win for groups like Moms Demand Action for Gun Sense in America and Mayors Against Illegal Guns, which have been lobbying for more restrictive gun policies at businesses like Starbucks, Staples and now Facebook. “On the same site that people are sharing birthday parties and family reunions,there are photos of AK-47s,” says John Feinblatt, chairman of Mayors Against Illegal Guns. “This is not in the bowels of Facebook. This is upfront, center and easy to access.” Until now, Facebook regulated only paid ads and sponsored stories,which could not promote weapons of any kind. Images of weapons are generally acceptable as long as the weapon is not pointed directly at the viewer. User posts could say almost anything.

Hundreds of thousands of gun enthusiasts had signed petitions against Facebook taking today’s action. Get ready for lots of tea-rage.