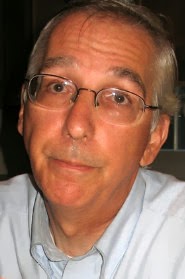 Eugene Delgaudio has paid Christian Newswire to publish the below statement by his lawyer.

Almost every article written about Supervisor Delgaudio mentions the designation of Public Advocate as a hate group by the Southern Poverty Law Center. The Sterling petitioners (in a petition to remove Delgaudio from office) cited Public Advocate’s hate group status as one basis for removing him from office. In today’s America, calling somebody a member of a hate group is serious. I have filed a subpoena request for all documents the SPLC has about Public Advocate and Supervisor Delgaudio. The subpoena will be served later this week in Montgomery, Alabama. I’ve asked for information about the criteria, research and decision process used to designate Public Advocate a hate group. The quality of the SPLC’s work goes to the weight to be accorded the hate group designation. Was the SPLC’s decision to name Pubic Advocate a hate group made reluctantly, after careful study, or did some intern decide to send out a press release? This is an important question.

Yeah, the SPLC named Delgaudio a hater on the whim of an intern. And not because he tells outrageous lies about LGBT people. (Tipped by JMG reader Cleosmom)