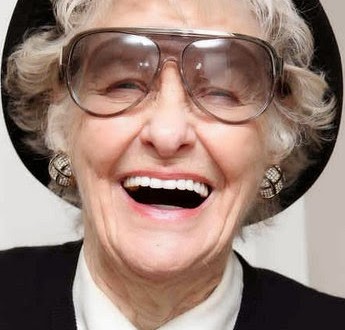 Elaine Stritch On Being A Gay Icon

In an interview with a gay website, Broadway star Elaine Stritch, 89, says that she’s only recently become aware that she’s a gay icon. Via PrideSource:

A Broadway legend has to be aware the community thinks she’s an icon, but no, not Stritch. “I’m just becoming aware of it,” she admits, but why now? “By articles such as this one. I really have become very much aware, first of all, what great audiences they are. And it isn’t that I finally discovered that gay people understand me and straight people don’t – oh, no no no. Not a word of truth in that. I can’t tell you how many straight people I know that think I am the cat’s pajamas.” But not knowing you have a gay following until now, 70 years into your career … a career in one of the gayest professions pursuable: the theater? Stritch is as surprised as you are.

Stritch goes on to talk about the famous gay men that have been in her life and says that the trait she most savors in them is their sense of humor. Hit the link and read the full article. As is typical for the famously frank Stritch, it’s not an entirely light-hearted interview.