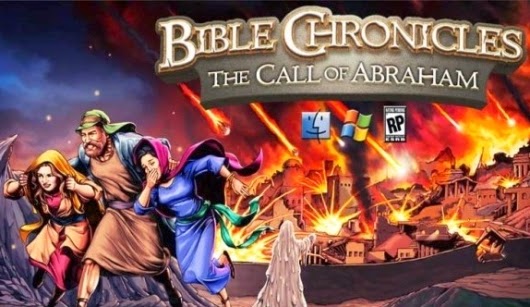 The makers of an Old Testament-based video game say that their Kickstarter campaign failed because Satan told people not to donate. Via Polygon:

“I believe that, 100 percent,” replies Richard Gaeta, a co-founder of Phoenix Interactive. He argues that since the launch of the Kickstarter for Bible Chronicles: The Call of Abraham, trouble has come into all their lives. “It’s very tangible,” adds his business partner Martin Bertram. “From projects falling through and people that were lined up to help us make this a success falling through. Lots of factors raining down on us like fire and brimstone.” [snip] “If Satan is rallying some of his resources to forestall, delay, or kill this project, I think, this must be a perceived threat to his kingdom,” adds Ken Frech, a religious mentor to the project. “I fully would expect something like this to have spiritual warfare. Look at the gospel accounts of demons and so forth. That’s reality. Many Americans don’t believe it anymore. That doesn’t change reality.”

The game makers, who are now seeking other funding, are biblical literalists and they say that if it happened in the Old Testament, it happens in their game. Including the story of Sodom, although because they want a kid-friendly rating, things don’t get very graphic about why Smitey McSmiterton did all that smiting. Below is their failed Kickstarter pitch.