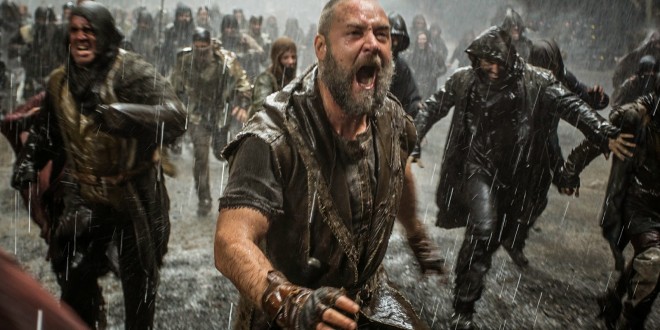 Faith Driven Consumer, a Christian group that organizes boycotts (which we homofascists are not allowed to do) today issued a press release declaring that Noah has flopped in the first weekend of its release. After an opening paragraph that praises the box office performance of Passion Of The Christ, their press release continues:

By contrast NOAH, a film with a $125 million production budget and the promotional backing of one of the world’s leading studios, grossed only an estimated $44 million, in 2014 dollars, at the box office during its opening weekend. This film, which deviates far enough from the Biblical message and narrative as to render the original story largely unrecognizable, has clearly failed to garner the broad support of Faith Driven Consumers. Paramount is free to mke whatever kind of film it wants to make, but the company’s leadership would be well-advised to consider the tens of millions of dollars they have already left and the hundreds of millions they will potentially be leaving on the table. “What kind of records could NOAH have shattered if the film’s tone and story had resonated with faith-based audiences as they did with THE PASSION? Paramount will never know.