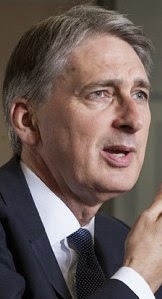 BRITAIN: Same-Sex Marriage Opponent Says To Get Over It And Move On

“We’ve made that decision. Parliament made a decision to allow same sex marriage. We’ve done it and I, like all my colleagues across Government, have been involved in the process of making sure that the introduction of same sex marriage is smooth and effective. It’s now in place. The people who have been opposed to this, people who’ve had concerns about it, will get used to it, they will move on, and there are many other battles to fight in the future.” – British Defense Secretary Phillip Hammond, who battled against the legalization of same-sex marriage. (Tipped by JMG reader RFW)

RELATED: A columnist for the Telegraph reminded readers about the claims that gay marriage was causing natural disasters in Britain.

Well folks, we had the warmest weekend of the year so far and – AND – the first gay weddings in Britain took place. We didn’t have any floods … Ukip, I’m looking at you. Ukip councillor David Silvester recently suggested that the Government’s decision to legalise gay marriage had led to the disastrous recent storms and heavy floods across the UK. Well – shock! Horror! WE ALL SURVIVED. What with the glorious sunshine and all, I think it’s pretty safe to assume that God, in fact, gave his blessing to gay marriage (*ducks for cover*).

Previous Todd Starnes: Nobody Is Boycotting Noah
Next TODAY: Transgender Day Of Visibility