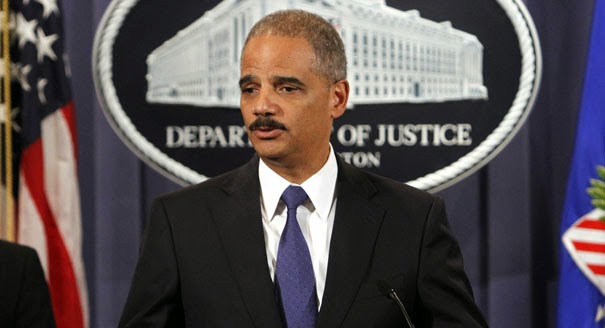 “I have determined that the same-sex marriages performed last Saturday in Michigan will be recognized by the federal government. These families will be eligible for all relevant federal benefits on the same terms as other same-sex marriages. The Governor of Michigan has made clear that the marriages that took place on Saturday were lawful and valid when entered into, although Michigan will not extend state rights and benefits tied to these marriages pending further legal proceedings.

For purposes of federal law, as I announced in January with respect to similarly situated same-sex couples in Utah, these Michigan couples will not be asked to wait for further resolution in the courts before they may seek federal benefits to which they are entitled. Last June’s decision by the Supreme Court in United States v. Windsor was a victory for equal protection under the law and a historic step toward equality for all American families. The Department of Justice continues to work with its federal partners to implement this decision across the government. And we will remain steadfast in our commitment to realizing our country’s founding ideals of equality, opportunity, and justice for all.”

Michigan Gov. Rick Snyder can suck it. Get ready for Sadz Friday!

Last week 300 committed and loving same-sex couples were legally wed in Michigan. As such they deserve the recognition and treatment that all other married couples receive. Attorney General Eric Holder has once again demonstrated his steadfast commitment to equality and upholding the core values of the U.S. Constitution by affirming federal recognition of these marriages.