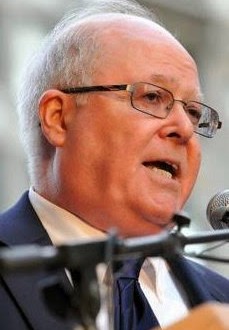 “If the Guinness corporate bullies think that this is a flash in the pan, then they don’t understand the Catholic League. But they will—we are not going away. There is a price to be paid for anti-Catholic bigotry, and that is exactly what is driving Guinness to act. Gays have never been barred from marching in any St. Patrick’s Day parade, and everyone knows it. Guinness wants to punish Catholics for holding to traditional moral values, and now they must suffer the consequences.

“This is the start of an on-going protest that will send an unmistakable message to Guinness: declaring war on Catholics is risky business. The rollout of this campaign is visible here at our headquarters: the staff is busy assembling a list of Catholic organizations, Irish groups, pub owners, and all those persons and associations that have worked with us in the past, to boycott Guinness. There will be public statements, paid advertisements, and more. Of course, we will continue to blanket the media. While we will not refrain from addressing other issues, the Guinness boycott is our top priority. We have the time, the money, and the determination to conduct a full-court press. Stay tuned.” – Catholic League blowhard Bill Donohue, via press release.

Also today, Donohue appeared on right wing radio to declare that he will apply to march in the NYC Pride parade behind a banner that reads “Straight Is Great.” I’ve reached out to NYC Pride and will let you know if he follows through. I see no reason why they should refuse.

UPDATE: NYC Pride managing director Chris Frederick has confirmed Donohue’s request to me via email. Frederick says that a statement will be issued shortly.