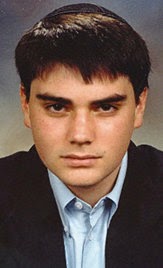 “Apathy is not good enough when it comes to the radical gay bullies who now insist that every event carry the stamp of their movement. And so sponsors like brewer Sam Adams in Boston and Guinness in New York pulled out of the parade. Guinness pulled out after radical gay groups threatened to march to Stonewall, a historically important point for the gay rights movement, and pour vats of Guinness into the streets. This has become the raison d’etre of many in the gay rights movement: destroying the businesses of those who refuse to abide by their standards of conduct, all in the name of tolerance. And they’ve been tremendously successful at it. Corporate America fears controversy. The militant gay rights movement understands that well, which is why it targets corporations for political blowback when businessowners get involved in politics, even tangentially. Conservatives have historically been wary to engage in the same tactics. But as the left has demonstrated, the tactics work. The only question is whether the right will continue to play by Marquess of Queensbury rules.” – Ben Shapiro, writing for Breitbart.