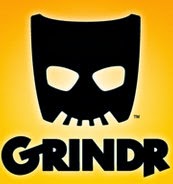 Health officials from San Mateo County have created fake Grindr profiles in a campaign to promote safer sex among the hook-up app’s users. Via the Bay Area Reporter:

Darryl Lampkin, prevention supervisor for the STD/HIV program at the county’s health department, said last week that the efforts have enabled staff to reach far more people than they had been able to in the county, which is just south of San Francisco but includes no physical venues such as gay bars or community centers where outreach can be focused. Lampkin, who spoke Thursday, March 13 to members of San Francisco’s HIV Prevention Planning Council, added that staffers don’t initiate contact with others on the site and the profiles contain minimal information. Instead, they respond when someone expresses interest in the profile. Questioned about ethics of the program, Lampkin asked if it’s more unethical to “ignore” the application’s potential as an outreach tool or “to give them information about HIV and STDs and save them from suffering.” “We’re not deceiving people,” he said. “We also know other people have a profile up that’s not them,” and there have been “very few” negative reactions.

The paper has criticized the program in an editorial:

It’s skirting the line between deception and forthrightness. We’re not sure how we would feel if we were using an app like Grindr and suddenly were told the person we contacted was a health worker who wanted us to get tested. But we know that in this social media age, all bets are off in terms of knowing who you’re actually communicating with. [snip] But Lampkin, who is gay, can’t say – as he did – that the county isn’t deceiving people. Using altered stock photos and creating fake profiles is deception, no matter how effective the program is. San Francisco health officials told us that they have no plans to operate a similar program and that’s a good thing.