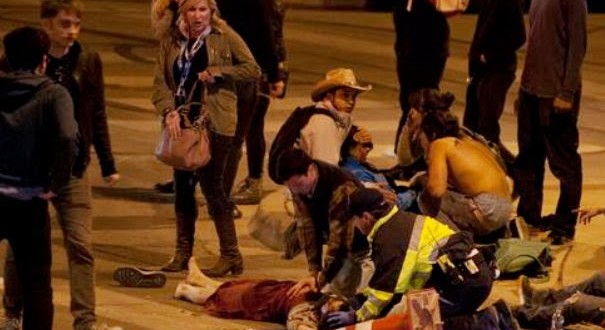 An intoxicated driver fleeing police plowed his car into a crowd at the South by Southwest festival in Austin, killing two people, authorities said early Thursday. The man and woman killed were riding their light motorcycles, said Art Acevedo, chief of the Austin Police Department. At least 23 others were hospitalized, some with multiple internal injuries. A suspect is in custody and faces two counts of capital murder and 23 counts of aggravated assault by vehicle, Acevedo said. Before the incident, the man was driving the wrong direction on a one-way street. Authorities attempted to stop the car, but it sped off, almost hitting an officer, according to Acevedo. The car later ran into the crowd.

Billboard reports that among the acts performing last night were the 80s bands Spandau Ballet and X. Lady Gaga was nearby at the time and she posted the below tweet shortly after the incident.