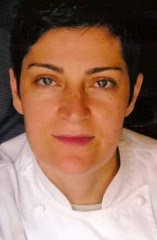 A New York state appeals court has upheld a 2012 judgement against a Manhattan restaurant owner who harangued his lesbian chef, regularly telling her that she would burn in hell. Courthouse News Service reports:

The owner of a Mexican restaurant in Tribeca who warned his staff weekly about the eternal damnation awaiting “gay people” owes a lesbian chef $1.6 million, a New York appeals court ruled. Mirella Salemi had sued Gloria’s Tribeca Inc., Gloria’s Tribecamex and principal owner Edward Globokar for violations of the New York City Human Rights Law. The defendants operate a chain of Mexican restaurants in New York called Mary Ann’s. The conduct at issue occurred between 2004 and 2007. It is unclear who owns Mary Ann’s today. Salemi complained that Globokar held weekly prayer meetings that were essentially mandatory because the restaurant staff feared they would lose their jobs if they did not attend. At these meetings, Globokar would repeatedly call homosexuality a sin, and say that “gay people” were “going to go to hell.”

The owner had also told Salemi to dress more femininely and to marry a man and have children. (Tipped by JMG reader Kevin)