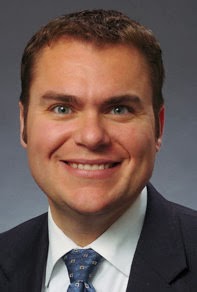 The Gay & Lesbian Victory Fund, which endorses and backs many LGBT candidates, has declined to give their thumbs-up to homocon GOP candidate for the US House, Carl DeMaio.

DeMaio this month became the first congressional candidate from either major party to include a same-sex partner in campaign advertising. He is trying to unseat first-term Democratic Rep. Scott Peters. DeMaio spokesman Dave McCulloch said the group’s decision not to endorse the former San Diego City Councilman wasn’t a shock. “This liberal group did not endorse Carl in 2012 and we’re not surprised they’re not endorsing him in what national observers call the most likely seat to switch parties in the country,” McCulloch said. “When it matters, this group is about a liberal agenda.” Victory Fund spokesman Steven Thai declined to comment on why DeMaio, who has been criticized by some for not being more vocal about LGBT issues, was passed over. “It is our policy not to comment on races where we haven’t endorsed,” Thai said from the group’s headquarters in Washington, D.C.

The Victory Fund’s refusal probably comes from DeMaio having been backed by major supporters of Prop 8 (including San Diego hotel magnate Doug Manchester) and from his declaration that “social issues” will never affect his political decisions. On Monday, San Diego’s PBS station published an article examining DeMaio’s lack of support in the local LGBT community.

IMPORTANT UPDATE:  Although the above-linked story from the conservative U-T San Diego characterizes the Victory Fund as “passing” on giving DeMaio an endorsement, I’m being told that DeMaio may not have even filed the required application to request their evaluation. I’m also told that contrary to the excerpted passage above, both US Rep. Sean Patrick Maloney and US Rep. Mark Pocan featured their partners in their 2012 campaign materials.