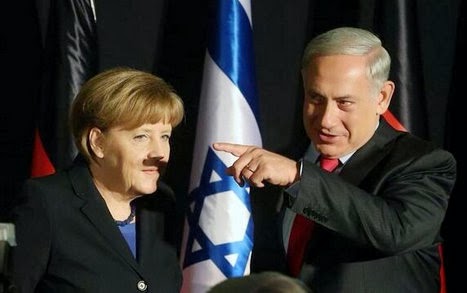 Unfortunate Photo Of The Day

Israel’s Haaretz has the story:

German Chancellor Angela Merkel and Prime Minister Benjamin Netanyahu held a joint press conference on Tuesday in which they addressed weighty topics such as Israeli-Palestinian peace, the Iranian nuclear program and bilateral ties. Shortly afterward, their meeting was nearly eclipsed by a photograph of the two leaders attributed to Jerusalem Post photographer Marc Israel Sellem. The image began making waves on Twitter and Facebook, and made it to the top of the Drudge Report site and other international outlets by Tuesday afternoon.