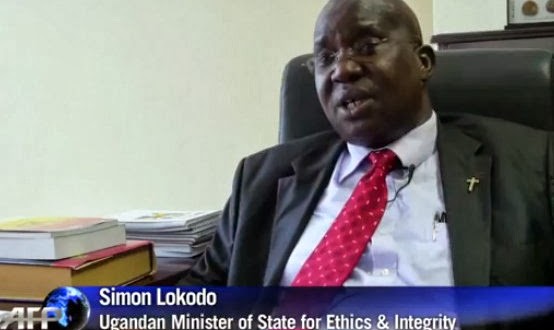 Ugandan Minister: We Show Tolerance To Gays By Not Slaughtering Them

Minister for Ethics and Integrity Simon Lokodo, made the comments in an interview today, following the announcement that President Yoweri Museveni would sign the law earlier this week. “We are tolerant. That’s what we are saying: we are not slaughtering them,” he said in the video posted to the Independent’s website. Of the estimated half a million gay Ugandans, he went on: “They can come and be helped to come out of this unfortunate situation… It’s like a drug addict. Drug addiction is not an innate situation, it is acquired. But they can be transformed and become better.” “So we are saying anybody found committing this incredible and abominable act should be checked and isolated from society.” Concluding, he said: “If you are found practising it, we shall take you to a cell.”

Also today, Lokodo said that Ugandans would rather “die poor” and give up all international aid than repeal its brutal anti-homosexuality laws.