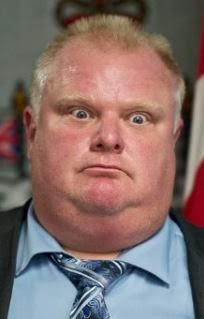 “It’s not about someone’s sexual preference,” he told reporters as he left his office to go outside and inspect the Canadian flag he had just put up in his office window. “No, I do not agree with putting up the rainbow flag. We should put our Canadian flag up.” After going out onto the square to look at his office window at lunchtime, Mr. Ford rushed back to his office surrounded by reporters. “This is the Olympics. This is about being patriotic to your country. This is not about sexual preference.” Mr. Ford said he has asked the city manager to take the flag down. The Mayor’s outburst came after the rainbow flag was raised in place of the City of Toronto flag on the ceremonial flagpole on City Hall’s green roof. The pole is often used to recognize special days and the rainbow flag flies there each year during Pride Week. Deputy Mayor Norm Kelly said the raising of the flag, along with other municipalities, is a sign of solidarity. “This is an expression of Canadianism,” he said.

Earlier this week Ford declared that he would once again boycott this year’s Toronto Pride events.