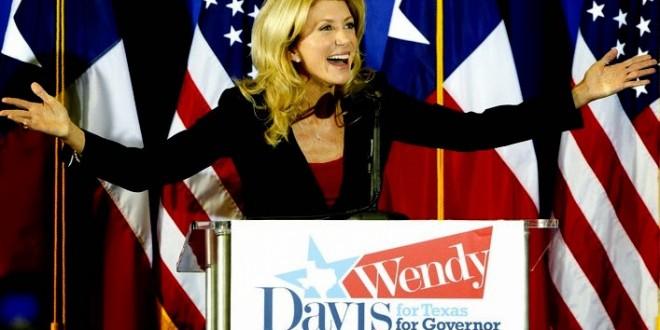 “It’s my strong belief that when people love each other and are desirous of creating a committed relationship with each other that they should be allowed to marry, regardless of their sexual orientation,” Davis told the Express-News editorial board. Davis, D-Fort Worth, said she is “pleased” that the state’s constitutional definition of marriage, as being between a man and a woman, is under challenge in federal court. “I think that what we see happening at the federal level in terms of constitutional interpretations on that provide some hope that it may be found unconstitutional,” she said.

A spokesman for Abbott scoffed at Davis’ statement: “Unlike Senator Davis’ positions on the issues, the Texas constitution is not subject to change on the latest whims of the day. Senator Davis’ comment suggesting the Attorney General not enforce the Constitution mimics an Obama-style approach to government, and Texans deserve better.”