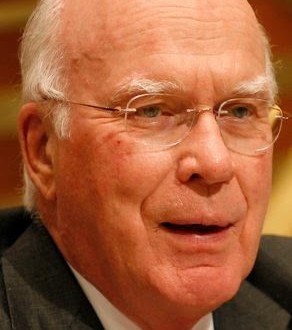 Sen. Patrick Leahy (D-VT) has proposed freezing US aid to Uganda over the enactment of that country’s brutal anti-homosexuality bill, which was signed last week by President Yoweri Museveni.

“I am deeply concerned by the decision of President (Yoweri) Museveni of Uganda to sign into law the anti-homosexuality bill,” Senator Patrick Leahy, the most senior member of the chamber and chairman of the Senate Judiciary Committee, said in a statement. “Much of US assistance to Uganda is for the people of Uganda, including those in the Ugandan LGBT (lesbian, gay, bisexual and transgender) community whose human rights are being so tragically violated,” he added. Washington is among Uganda’s largest international donors. The State Department said that in current fiscal year some $485 million in bilateral assistance had been provided to Uganda with most of the funds going towards health programs, as well as education, food security and military training. The State Department has signalled it is looking at a range of options to respond to the law, while White House spokesman Jay Carney said “we are undertaking a review of our relationship with Uganda in light of this decision.”

With the aid of Western governments and NGOs, Uganda has seen a remarkable decline in HIV infections compared to its neighbors. Some US and European HIV/AIDS activists oppose cutting financial aid despite the latest law. Yesterday a prominent Ugandan LGBT activist begged that aid not be cut, saying such a move would only create a stronger backlash against LGBT people in his country.

Frank Mugisha, director of Sexual Minorities Uganda, has said he does not support aid cuts. ‘We can’t afford to create new victims,’ he said on Twitter this week. ‘We should go after the crazy politicians! Not innocent Ugandans.’ In February this year, prominent Ugandan LGBTI rights activist Abbey Kiwanuka petitioned the Dutch foreign affairs committee to use other ways to persuade Uganda not to make the bill law instead of cutting aid. His pleas were turned down. Edwin Sesange, director of the African LGBTI Out and Proud Diamond Group, said in a Gay Star News comment piece: ‘Aid in various forms helps all ordinary Ugandans, including LGBTI people who we are campaigning for. ‘Therefore the consequences of not being able to access those services financed by foreign aid will directly impact gay, lesbian, trans and bi Ugandans wellbeing.’