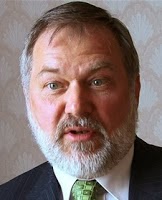 “The AP is circulating a story on Obama’s criticism of Uganda today which features my photo and references to my case. I was not interviewed for this story, even though my name and picture are being used in it. Although I am portrayed in this story as a pastor, I am also a lawyer. I majored in International Human Rights in law school and have practiced as a human rights consultant in numerous countries. I also hold a Certificate in human rights (1997) from the U.N. administered Institute of International Human Rights in Strasbourg.

“I agree that the Ugandan law is overly harsh on its face, but this is typical of African criminal law across the continent. Poor countries with limited criminal justice systems tend to rely on the harshness of the letter of the law to be a deterrent to criminals. In practice, the sentencing is usually pretty lenient. Kenya, for example, has the death penalty for burglary, but burglars are definitely not being executed there. I’ve explained this phenomenon to over two dozen journalists at top media outlets that have interviewed me over the past couple of years, but none have included this perspective in their stories. I guess it would undermine their efforts to bolster the ‘gay’ cause.” – Hate group leader Scott Lively, who is being sued for crimes against humanity by Ugandan activists who contend that their nation’s pogrom against LGBT people is directly related to Lively’s anti-gay campaigns there.

RELATED: In the above-linked piece, Lively also denounces President Obama’s criticism of Uganda’s anti-homosexuality bill and cites a 1970 United Nations resolution against countries  meddling with the internal affairs of other nations. According to Lively, therefore, the world should just stand by and watch while genocide takes place. (Obviously, that resolution is widely ignored.)