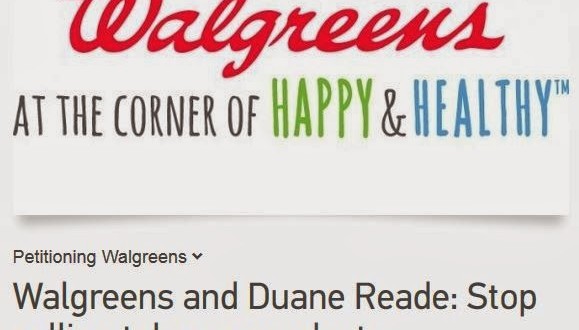 Petition To Walgreens: No More Tobacco

Earlier this month CVS announced that it would stop selling cigarettes, a move that will take a $2B chunk out of the company’s annual grosses, at least until they decide how to fill those shelves behind the chain’s few remaining staffed check-out stations. And now there’s a petition for Walgreens, the nation’s largest drugstore chain, to do the same. (Walgreens bought NYC’s 257 Duane Reade stores in 2010.)