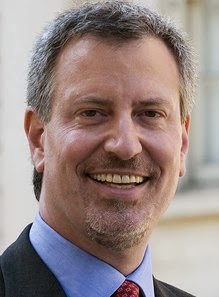 “This is a progressive administration. Our budget will be a progressive budget,” de Blasio said. The budget includes restoring $8.3 million in 2014 for homeless services that was slashed by the Bloomberg administration as well as allocating millions more. The city would also add $4.3 million for community-based mental health funding and other health agency reduction, as well as adding $1.3 million in spending for LGBTQ youth and runaway prevention. Public Advocate Letitia James said she was encouraged by the increased funding for social services. “Mayor de Blasio’s progressive budgetary approach is a departure from the last 12 years of budget dances that put firehouses, municipal workers, and crucial services on the chopping block,” James said.

Delivering on his campaign promise to address the crisis of runaway and homeless youth – which disproportionately impacts the lesbian, gay, bisexual and transgender (LGBT) community – the proposed budget adds 75 shelter beds at $1.3 million in 2014 and $2.4 million next year. The work of partner organizations in the Campaign for Youth Shelter and the Ali Forney Center underscores the urgent need for more beds for our most vulnerable. We urge the City Council to adopt this budget and consider how much more is still needed until every young person has a warm bed in which to start and end their day.