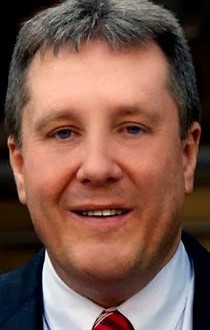 “St. Patrick’s Day has traditionally been a day when everyone can be Irish. Unfortunately, in New York City the Hibernians seem to have disavowed that old Irish tradition and have not allow LGBT people to march in the 5th Avenue St. Patrick’s Day parade under their own banner for more than 20 years. In Ireland, not only do gay groups march but they often win awards for the best contingent. The Hibernians must return to their Irish roots and heritage, become hospitable and allow LGBT groups to fully participate. Enough is enough. I am extremely proud that the NYC Council under the leadership of Speaker Melissa Mark-Viverito has taken a strong stand against bigotry and will not participate in the parade until LGBT people are treated equally.” – Openly gay NYC Councilman Patrick Dromm (D-Queens), via press release.

RELATED: This Sunday, Queens will host the LGBT-inclusive St. Patrick’s Day For All Parade. Irish activist and drag personality Panti Bliss will march in the parade. The grand marshal will be openly gay and openly HIV+ former New York state Sen. Tom Duane. Mayor Bill De Blasio, who announced his boycott of the main parade earlier this month, will march in Queens.

Previous Florida Headline Of The Day
Next Freep This Michigan Poll