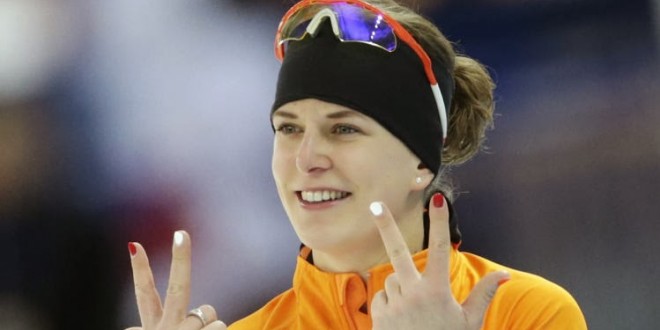 The news hasn’t exactly made global headlines, but on Saturday, out bisexual Netherlands speedskater Ireen Wüst became the most medalled competitor at the Sochi Games. Her clanking haul is five medals overall — two gold and three silver. The second gold came Saturday as she led her team to victory in the women’s team pursuit. ESPN commented: “Ireen Wust, Jorien ter Mors and Marrit Leenstra were like a runaway train, leading by more than a second and a half after the first half-lap and steadily building the advantage from there, winning by more than 7 seconds in 2:58.05.” The time was a new Olympic record for that event. “It still hasn’t sunk in,” Wüst told ABC News.

All but one of the Netherlands’ 24 Sochi medals came in speedskating.

RELATED: Some activists, including Queer Nation, criticized Wust two weeks ago for celebrating one of her gold medals by “cuddling” with Vladimir Putin.