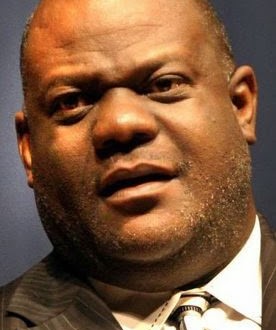 Megachurch Pastor Dwight McKissic: Michael Sam Could Be The Anti-Christ

“Will Michael Sam become the face of the ‘gay rights’ movement that takes us down the road to Sodom and Gomorrah at a record setting pace? Mr. Sam has received words of affirmation from President and Mrs. Obama, Roger Goodell, the NFL Commissioner, and a host of others, simply for announcing to the world that he prefers to engage in sexual activity with another male, rather than a female. John and Paul indicate that the spirit of the Anti-Christ would be unleashed upon the world in the last days (I John 2:18; I Timothy 4:1). Daniel also reveals that the Anti-Christ would not desire women. A male who does not desire a woman is considered suspect where I came from. I believe that Daniel was telling us that the Anti-Christ would have no desire for women, which may be a subtle way of suggesting that the Anti-Christ would be a homosexual, or certainly unmarried.” – Cornerstone Baptist Pastor Dwight McKissic, writing for the Black Christian News Network.

RELATED: In 2005 McKissic declared that Hurricane Katrina was God’s punishment for New Orleans “flaunting its sin” by hosting Southern Decadence. In 2012 on the day that President Obama endorsed same-sex marriage, McKissic called the move “equal to the military impact of Al-Queda when they attacked the Twin Towers on 9/11.” Also in 2012, McKissic authored a resolution by the Southern Baptist Convention which declared that “all sexual behavior outside of one man, one woman marriage is sinful.”