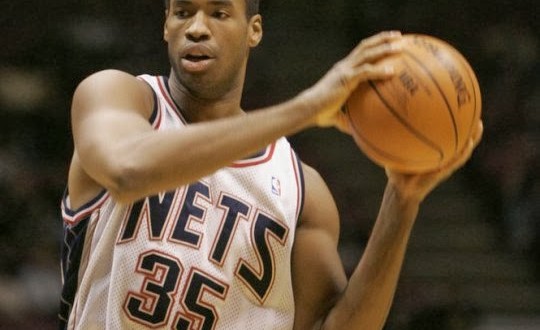 Jason Collins Signs With Brooklyn Nets, Might Play In Tonight’s Game Against LA

Yahoo Sports has the news:

Jason Collins has reached agreement on a 10-day contract with the Brooklyn Nets, clearing the way for the first openly gay athlete in major professional sports history, league sources told Yahoo Sports. Collins will be signed and available to play on Sunday when the Nets meet the Los Angeles Lakers at the Staples Center, sources told Yahoo. Collins, 35, has been out of the NBA since completing the 2012-’13 season with the Washington Wizards. Collins played parts of seven years with the Nets between 2001-08, and his ex-teammate, Jason Kidd, now the Nets coach, has been advocate of signing him.

“We are entering a new era of inclusion with Jason Collins, the Brooklyn Nets and the NBA at the forefront. Jason may be the first, but he’s not the last. It’s because of him and the unprecedented leadership of professional leagues like the NBA that we’ll see more and more LGBT athletes at all levels of competition”, said Hudson Taylor, Executive Director of Athlete Ally. Taylor added: “I have seen first hand how committed the NBA is to ensuring that every team is welcoming and inclusive. It’s invested in this effort and it’s invested in Jason. I could not be happier for the NBA family today. Congratulations!”

Tonight’s game against the Los Angeles Lakers begins at 6PM local time. The game will not be televised nationally, but can be viewed online if you subscribe to NBA League Pass – which ain’t cheap.