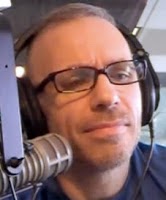 “Let’s not forget that in Arizona, it’s still legal to refuse to serve lesbian, gay, bisexual and transgender people in your bakery or your photo studio for religious or any other reasons, due in no small part to Jan Brewer’s hostility to LGBT rights throughout her tenure. It’s legal for a landlord in Arizona to turn away LGBT people. Except in a few Arizona cities with employment protections, it’s also legal for an employer to fire someone simply for being queer.

“The backlash against this bill should also be a lesson for national LGBT groups that supported ENDA with dangerous religious exemptions: It looks hypocritical and wrongheaded to support a federal employment nondiscrimination bill that gives exemptions in hiring to some businesses, like hospitals run by religious entities, only to condemn a state bill that, in the name of ‘religious freedom,’ seeks to exempt businesses from having to serve gays. Could that be one reason that some major LGBT groups were oddly silent when the Arizona bill was passed last week?

“So yes, it’s a turning point in the national debate, and that’s a big
win. But when the NFL threatens to pull the Super Bowl from Arizona
simply because the state still hasn’t passed a nondiscrimination law protecting LGBT people, then I’ll see it as a truly huge victory.” – Michelangelo Signorile, writing for the Huffington Post.