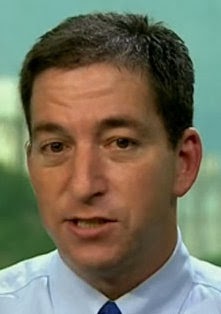 “I absolutely refuse to be exiled from my own country for the crime of doing journalism, and I’m gonna force the issue just on principle, and I think coming back for a ceremony like the Polk Award or other forms of journalistic awards would be a really good symbolic test to put the government in the position of having to arrest journalists who are coming back to the U.S. to receive awards for the journalism they’ve done.” – Glenn Greenwald, telling Huff Post Live that he will likely return from Brazil to accept a journalism award even though some have called for his arrest as an accomplice to NSA leaker Edward Snowden.