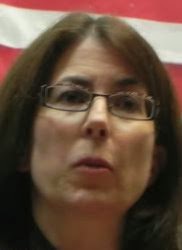 “As a gay conservative woman, I supported Arizona’s religious freedom bill, which was just vetoed this week by Gov. Jan Brewer. I supported it because it embodied the values every American civil rights movement stood for: the freedom to live our lives without being punished for who we are. In this case, it was a bill making sure people of faith would not be forced to violate their religious beliefs in the event someone demanded they do so. Horribly, the gay civil rights movement has morphed into a Gay Gestapo. Its ranks will now do the punishing of those who dare to be different or dissent from the approved leftist dogma. To all the young gays who tweet and email me that this is about ‘equality,’ how exactly? Forcing someone to do something against their faith has nothing to do with equality for you, has nothing to do with bigotry and has everything to do with a personal, spiritual understanding of right and wrong. In other words, I tell them, not everything is about you.” – Homocon radio screamer Tammy Bruce, writing for the far-right Washington Times.

RELATED: Tammy Bruce has a fan in Bryan Fischer. I’m sure she doesn’t mind that he would like to see her thrown in prison.