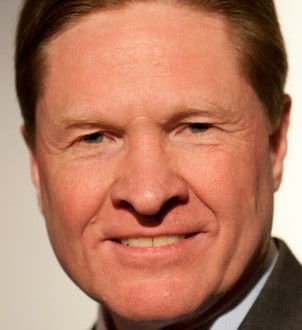 “The last few weeks have been a roller coaster for marriage law in Utah. On Dec. 13, U.S. District Court Judge Clark Waddoups vindicated years of slippery slope arguments by opponents of marriage redefinition by declaring the state’s law criminalizing polygamous cohabitation to be unconstitutional. One week later, on Dec. 20, another U.S. District Court judge, Robert J. Shelby, declared that Utah’s state constitutional amendment defining marriage as the union of a man and a woman violates the U.S. Constitution. Officials in Utah began issuing marriage licenses to same-sex couples immediately. [snip]

“That problem is solved by the State Marriage Defense Act, which provides that a marriage will not be recognized by the federal government if it is not recognized by the state in which a person lives. Every American’s marital status in the eyes of the federal government would be the same as in the eyes of the state where he or she lives. This is consistent with both the Windsor ruling and what it called the States’ ‘historic and essential authority to define the marital relation.’ It would also mitigate the confusion and chaos created in Utah by one federal judge and Attorney General Holder.” – FRC vice president and hate group leader Peter Sprigg, in an op-ed published today by the Salt Lake Tribune.

RELATED: Sprigg has appeared on national television to declare that “there should be criminal sanctions for homosexuality” and that LGBT Americans should be “exported” out of the country. I encourage you to hit the link and leave some educational comments. And don’t forget Sprigg’s KKK-affiliated boss, Tony Perkins.

ALSO RELATED: 52 Republicans and one (retiring this year) Democrat have now cosponsored Rep. Randy Weber’s so-called State Marriage Defense Act, which Weber openly admits was written by the Family Research Council. Among the latest cosponsors is Rep. Paul “Evolution Is A Lie From Satan” Broun (R-GA.) That brings the total of cosponsors to a pathetic 12% of the US House, almost one month after the bill’s introduction.