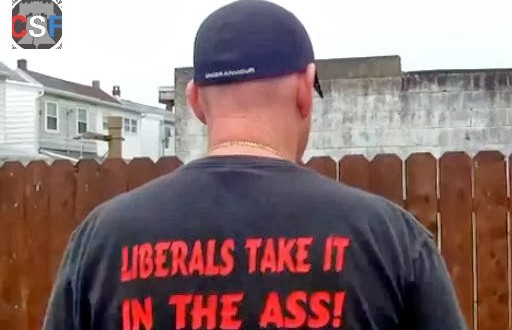 Guess Who’s Got A Reality Show?

Kessler reached a settlement with Gilberton last week that pays him $30,000 and allowed him to retire from the force. The former officer and his attorney, Joseph Nahas, said he signed a development deal with Relativity Media, the production company behind such reality TV fare as ‘The Great Food Truck Race’ on Food Network and Showtime’s ‘Gigolos.’ Mr Kessler said his show would focus on his life, the 3 Percent group and another group affiliated with the former lawman, the Constitution Security Force.

The show hasn’t been picked up by a network yet. (Tipped by JMG reader Joe)